We are so proud to announce you the release of our IN:sights album! After a 15 years hiatus, ERASM is back to studio!

This album was conceived and produced in a very organic way. We dropped previous habits, we stopped making plans of our tracks, we didn't score every part that were recorded. Most of the album has been improvised. Some layers have been added, some have been removed. This layer technique has been very fruitful on every track. The process was a bit longer yet more exciting!

You might hear in the sound textures a deep influence of the Greek composer and synth master Vangelis. That is true ! His works - mostly the Blade Runner soundtrack - are a major inspiration for ours.

This album can be streamed and purchased here : erasmmusic.bandcamp.com 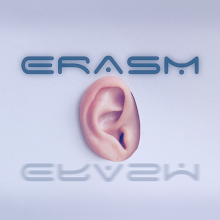